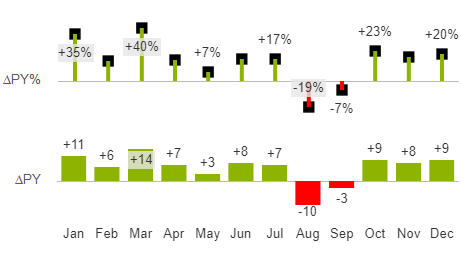 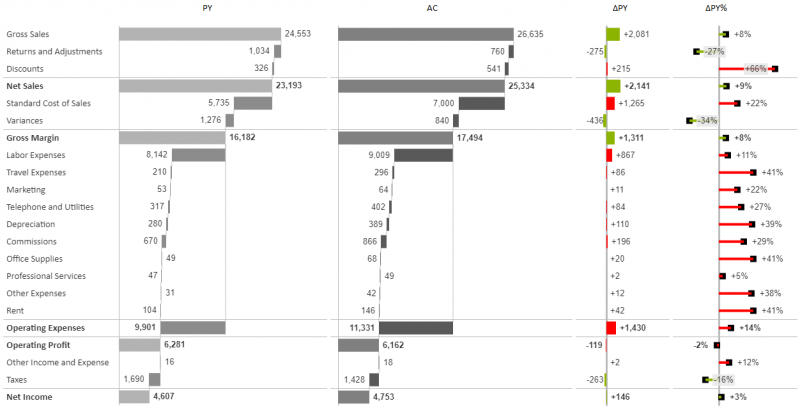 The absolute variance chart shares a scale with the waterfall charts, whereas the relative variance chart does not
Retrieved from ‘https://help.xlcubed.com/index.php?title=Variance_Charts&oldid=10088’