The Breakout Value option is available on the right mouse button pop-up menu when the currently active cell contains an XL3Lookup function, a XL3ValueRankLookup function, or a Grid data cell.

The Breakout Value option allows an interesting piece of data to be further explored and broken down into component parts. For example, if the cell showing Reseller Sales Amount for the United States region in of 2003 is broken out by product, then the result will be the top 10 (or however many items are selected to Breakout by) products for the United States region in 2003. The items broken out can then themselves be broken out by another hierarchy to analyse more deeply. 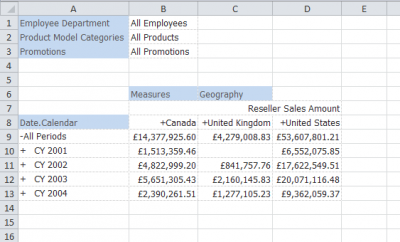 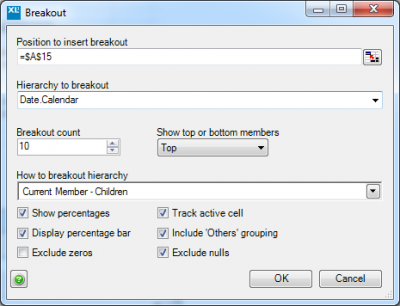 With "Active Cell Tracking" enabled then clicking on another data value in the source grid will update the breakout values to reflect that selection. The "Active Cell" is highlighted to show the current selection. 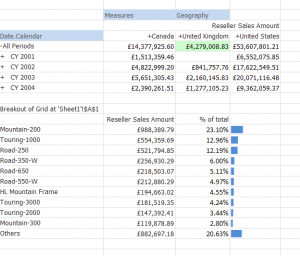 Breakout of "United Kingdom", "All Periods" 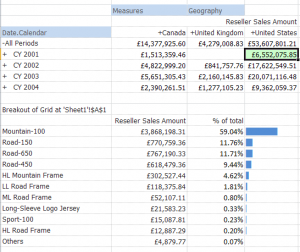